The Beauty of Letterpress

I found this video over at notebookism, a blog that feeds my addiction for all things paper, especially bound paper. It's a beautiful little video essay on letterpress by Chuck Kraemer, featuring John Christensen and his Firefly Press:


It warms my printmakerly heart to see that.

If you want to get your hands on some letterpressed poems, you might find some scattered here and there through the efforts of the Guerrilla Poetics Project. The GPP is being celebrated in this article from the September/October issue of Poets & Writers.
Posted by Marc Snyder 1 comment:

Circling, linocut, 2.5" x 3"
That little linocut is one piece of a jigsaw puzzle I'm putting together that will ultimately be a broadside featuring a poem by Ron Offen, to be published by Pygmy Forest Press. Stay tuned for more details as they happen. . .

And if you haven't been over to the Zero Sum Art Project blog lately, you might have missed Zero Sum #20 - which, by the way, you could purchase if you visit this auction before Sunday night.
Posted by Marc Snyder No comments:

Here we see my toddler daughter's first foray into photography, a no-holds-barred, impressively unsentimental image of her old man. Most of her energy in the studio to date has been directed towards her installations, "scatter pieces" that display an impressive disregard for creating objects with any kind of permanence.

In making this photograph, she craftily transferred some of the strategies that she has used in her installation work to raise interesting questions about authorship and the role of the subject in the taking of a "portrait". Her method involved tossing a disposable camera on to the floor in front of her subject, seemingly by accident. I was unaware that she had managed to both wind the camera and prime the flash. Upon reaching down to pick up the camera, the flash fires, and an image that certainly resonates as a portrait from a toddler eye's view is created.

In light of the previous post's discussion of the role of the viewer in creating the artwork, I enjoyed finding this quote from Yuka Yamaguchi on her wonderful blog plastique monkey:

Art is like being a farmer. I’m farming my brain and my heart and my hand to grow something. After that, it’s up to other people to cook it in different recipes and digest it for themselves.

Do spend some time with her amazing drawings. . .
Posted by Marc Snyder No comments:

Email ThisBlogThis!Share to TwitterShare to FacebookShare to Pinterest
Labels: how to be an artist

Magic, or How To Be An Artist

A conjuror is an actor playing the part of a magician.
Robert-Houdin

Art is the lie that tells the truth.
Pablo Picasso

Consistent with every other FIMP "how to", you learn nothing of value relative to the title of the book, of course. But I've long thought that art and magic have a lot in common. There is the shared quality of being activities that require the mastery of a unique set of skills to produce a result with no real practical value, but more important to me is the role of the viewer in both cases.

I'm not really talking about the piece of conjuring that Mark Tansey illustrates above, a painting that creates a representation of a thing so "true to life" that it could be confused for the thing itself. I'm talking about the magic trick of convincing an audience that this thing you have made is somehow important and meaningful, that you have taken base materials and through some strange alchemy in the studio created "art". It's really the audience, and not the artist, that takes that object and makes it art.

Marcel Duchamp really taught us this lesson in 1917 with his sculpture "Fountain". With this "readymade" (his term for a sculpture composed solely of a found object displaced from the real world and placed into the realm of art), he declares that an artwork is anything an artist says it is. This, of course, leads you to the question, "well then, who is an artist?" I'd say, an artist is anyone the audience (ultimately) says it is. If the book above were "How To Be An Artist In 3 Easy Steps", the hopeful reader might get a costume (I'm an artist!), learn how to do odd things in ways that baffle and amaze people (I made this show full of really exciting stuff!), and then try to find an audience that finds that stuff baffling and amazing. Without that audience, it's just a pile of stuff. With that audience, it's art.

So, anyway, this piece by Damien Hirst that everyone's already probably seen by now:

a skull cast in platinum and encrusted with 8601 diamonds, that cost him $20 million to make, is so lacking in magic. The only part of this piece that seems to attempt to baffle and amaze is the pile of money that went into making it. It strikes me as sort of a dodge - a way to avoid all of those messy attempts at meaning, or even novelty, and replace them with an astonishing price tag. You'd think that with my Zero Sum Art Project, and its obsessive recording of every cent spent along the way to making the objects being sold, that I would find Hirst's transformation of $20 million dollars into $100 million dollars more interesting. But I just can't.

What I really want to see is an artist taking an ordinary deck of cards and doing something astonishing with them. Speaking of which, here's one of my heroes, Ricky Jay, doing just that:

Email ThisBlogThis!Share to TwitterShare to FacebookShare to Pinterest
Labels: artist's book, Damien Hirst, how to be an artist, magic, Marcel Duchamp, Ricky Jay

Here's "Verse 3", the next in a series of small collages that seem to be an irresistable byproduct of working on the Zero Sum Art Project. As with 1 & 2, Verse 3 is being sold on eBay, where you will find more information about how the image is put together and a detail of the collaged and painted surface.

Of course, "Verse 3" quotes an extremely famous photograph. There are three photographs that date from my early childhood that are indelibly burned into my mental image bank, this one being the street execution of a Viet Cong officer photographed by Eddie Adams in 1968.

As I was working with that collage, I started thinking about the lasting power of those 3 photographs from the Vietnam war. Though the subject matter is horrific, their strength is also that of the crafted image.

There's a bunch of reasons why this photo by John Filo won a Pulitzer Prize, while

this one is relatively unknown, and the grieving figure of Mary Ann Vecchio is only one of them. It must be a terribly strange and awkward feeling to be witnessing a tragedy and on some level know that you just put together a fantastic image.

And the third image from that time that I can't escape, and that I no doubt share with many of you out there, is of course this one from 1972 of the terrified children escaping the napalm.

I've been thinking about how different those three photographs are from so much of the imagery we are seeing these days. Partly we have the dilemma of the journalists being embedded with the troops, and a much greater awareness by the military of the need to control the images being released in the media. Digital technology is also a major change - the most potent images coming out of our current conflicts are those captured with cell phones and portable digital cameras.

The Abu Ghraib photos come foremost to mind. But these photos are snapshots of atrocities, souvenirs of violence. The story they are telling includes an element of "hey, look what I just did". We can't empathize with the photographer, so our horror is doubled, at both the atrocity portrayed and the motives of the photographer. We're looking at trophies instead of journalism.

Of all of those horrible photographs, this hooded figure had to become the iconic image. It could be straight out of Goya's "Disasters of War".

"No More", etching from the series The Disasters of War by Francisco de Goya, 1810–14

Looking at those etchings from almost 200 years ago, and holding them up to what we're seeing today, it's awfully hard to believe that we're really capable of learning anything.
Posted by Marc Snyder 1 comment:

Box. And books in books.

Subscribers to FIMP's Book of the Month Club should be receiving "Box" in their own boxes in the next day or two.

As with the Verse collages, "Box" is partially a spinoff from work I'm doing for the Zero Sum Art Project. The imagery in "Box" starts with photographs of a 2 foot cube I've built as a stage for photographing and drawing objects that have accumulated in the Zero Sum studio. Plato wasn't very impressed with artists, as he felt that we just further obscured peoples' view of reality, and I think that "Box" would just reinforce his poor opinion of us. Sorry, Plato!

In other Book-of-the-Month news, "Thinking about Thinking" will be reproduced in a textbook about digital photography this fall. 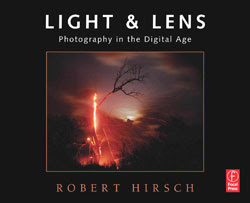 "Light & Lens: Photography in the Digital Age is as an introductory text that clearly and concisely instructs people in the fundamental, “forever” aesthetic and technical building blocks necessary to create thought-provoking digitally based photographs and features works of 150 international artists." (from author Robert Hirsch's website, Light Research).

Robert Hirsch does fantastic work - explore his site! His "World In A Jar" is a recent installation that is really amazing.
Posted by Marc Snyder No comments: