Work in Progress - a linocut for "Our Rarer Monsters"

I'm currently working on the seventh linocut of a series of eight that will be published in a book of poetry by Noel Sloboda later this year. The book will be "Our Rarer Monsters", and I've been posting the linocuts and some various related images over on flickr. Here's the first little doodle, drawn on the manuscript while reading the poems and thinking about the kinds of images I wanted to make: 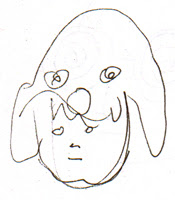 Then there were some thumbnail sketches in the sketchbook - here's an excerpt from that particular exploration with the pen: 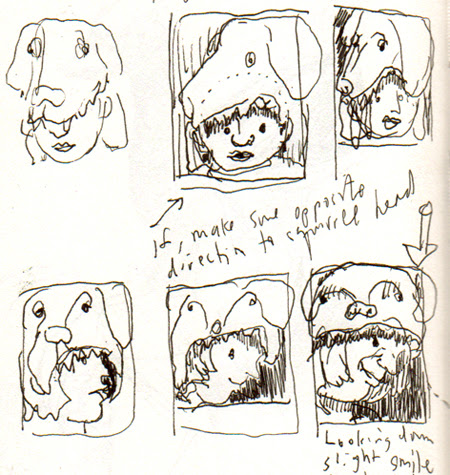 And here's the initial drawing that I worked up on the block, before I made the first cut: 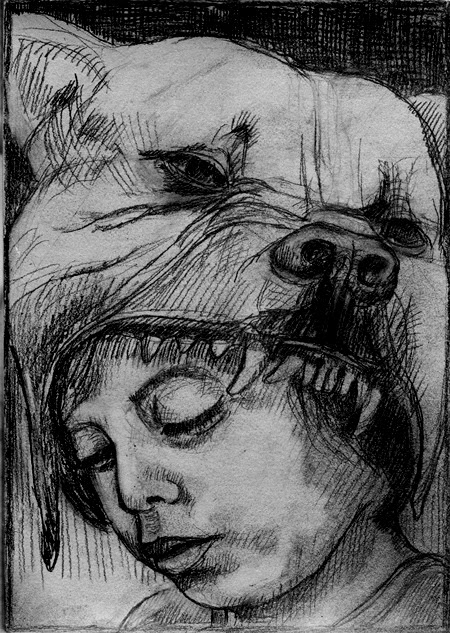 As I've been working on these prints I've been scanning the blocks. I've found this to be useful as a way of deciding where to go next with the gouge. I can take the scan in photoshop, heighten the contrast to get a sense of the final black and white look of the linocut, and reverse the image to see the mirror image composition that will be the actual finished print. That reversal can have big effects on a composition, so it's helpful to have some sense of what's going to happen. 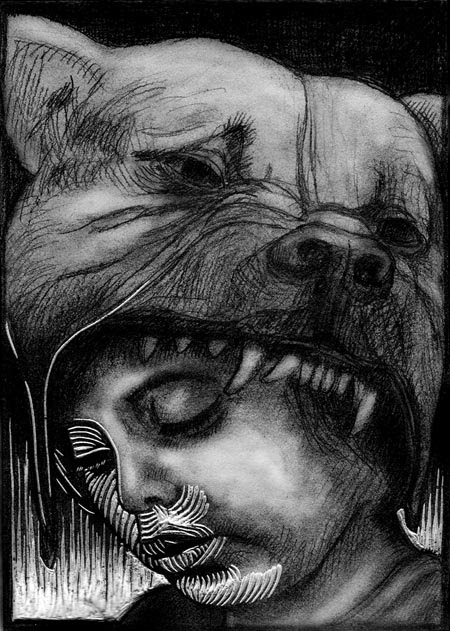 But I realized that the scans themselves were becoming kind of beautiful as images on their own, both for the contrast between the carved mark and the drawn mark, and because the surface gets so heavily worked as I draw and erase and redraw, looking for both the correct value and, often more critically, the direction of the cut that I want to make next. I tend to work very slowly and sneak up on the image, and try to avoid settling in to a pattern when I cut. I really want to draw with the gouge. 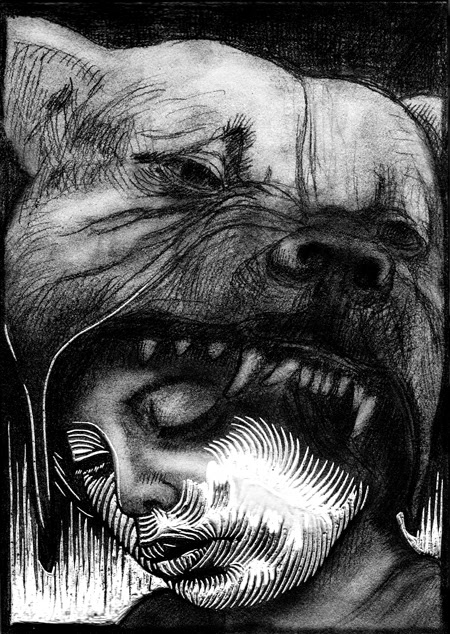 So, I post these hybrid images as a sort of "behind-the-scenes" look at how the linocuts happen. It's a different species of drawing than what I do in my sketchbook. Some of the marks are describing value, and some are shorthand marks recording decisions about which direction my next cut should take - which of the possible cross-contours my gouge will follow. The last image above is the current state of the block - plenty of opportunities left to screw it up. Stay tuned to see if it survives.
Posted by Marc Snyder

Email ThisBlogThis!Share to TwitterShare to FacebookShare to Pinterest
Labels: linocut, Our Rarer Monsters, why draw?, work in progress

Thanks! I always like seeing how other artists put their work together too. Hopefully the final linocut is worth looking at!